The weather has been HOT lately, but now that it has broken a little…and a bunch of grading has been completed and some writing has been accomplished…it’s time to get back to a little bit of birding. And some photos.

We (ahem) spotted this Spotted Sandpiper at Okehocking Nature Preserve, just the second sandpiper of any kind we’ve seen there (the other was a Solitary Sandpiper back in April). Unfortunately, this bird was clearly injured, favoring its right leg. It was nevertheless active, both walking and flying. It’s hurt, but managing, I think.

This was an interesting scene: A flycatcher of some kind appeared to be either feeding or stealing food from a juvenile cowbird (unless you have a better guess at what we’re looking at). 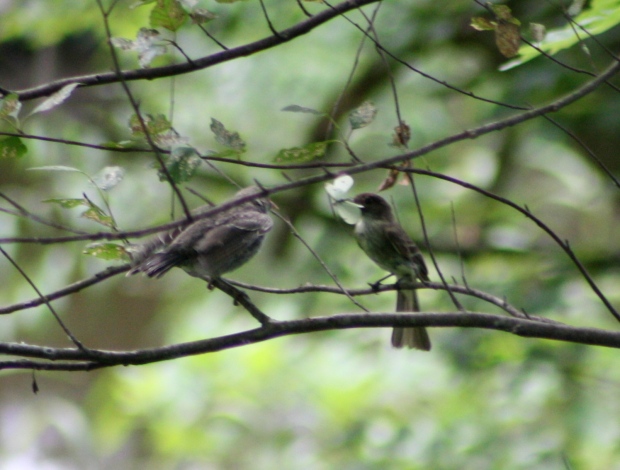 We were involved in a friendly competition during the month of June (well, we worked hard at it during the beginning of the month) to see how many birds we could see (not just hear) in Delaware County during the month. We got up to 79 species. Not bad, but I’m sure not the winning total. We tried very hard to add the Marsh Wren to our total, but we only managed to hear them (lots of them!) at the John Heinz Wildlife Preserve in Delaware County. Of course, just over the line in Philadelphia, where it doesn’t count in the competition, no problem: 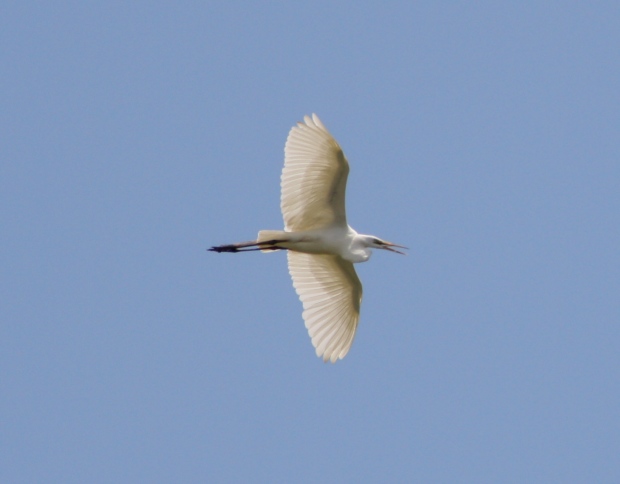 And just for fun, can you count how many Great Blue Herons are in this picture?

Posted by eweislogel in Birding, Nature on January 18, 2012

Here are some shots of a Great Blue Heron at Okehocking Preserve this morning.  Click to enlarge. Enjoy! 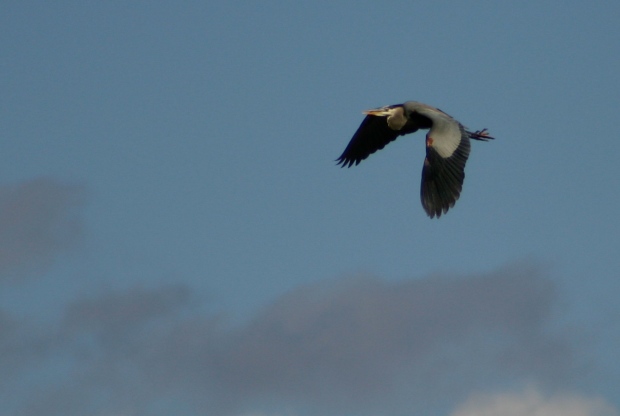 Birding on a Beautiful Morning

Posted by eweislogel in Birding, Nature on January 11, 2012

It was indeed a beautiful morning for a walk around Okehocking Preserve.  Here are a couple photos: 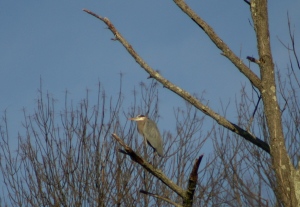 a GBHE in flight 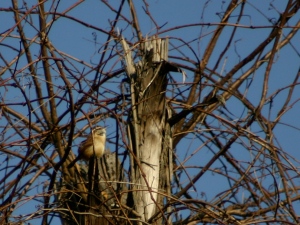 a Carolina Wren in full-throated song