Posted by eweislogel in Birding, Nature, Photography on August 27, 2012

Since I worked most of the summer (for a change…and for [pocket] change), I didn’t get out as much as I would have liked. We participated in a friendly birding contest in June — who could see the most species in a single county. We picked Delaware Co., PA, and came up with 77 (not enough to win, but not too bad).  We had a little time in Cape May, where we split our time between birding and beaching.

On the philosophy front, I worked pretty steadily on a book that I hope will be finished by New Year’s Day.  And I taught (and taught).

I also lost a few pounds, but need to keep it going.

In all, not a bad summer.

Now, for some recent pics.  [I am thinking of starting a new blog: Eric’s Bad Birding Blog. What do you think?]

First up, a veritable plethora of Tricolored Herons…well, five, to be exact, but that’s a large number all at once:

Here’s a close-up of two of them: 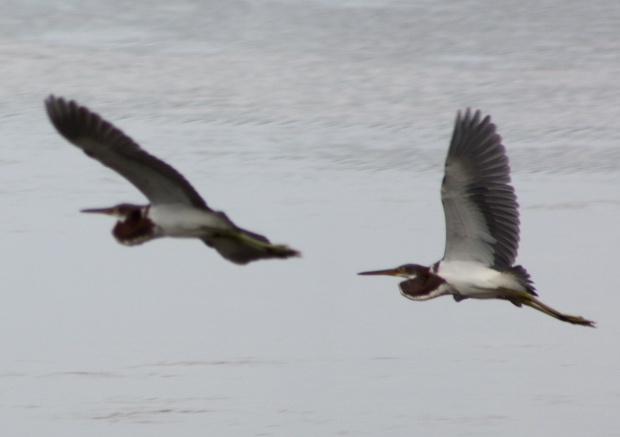 Here’s a shot of a Tricolored Heron, an immature Little Blue Heron, and a Forster’s Tern: 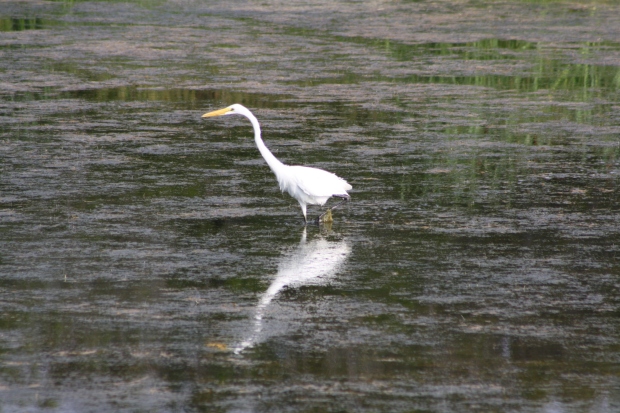 Sometimes in nature, like in the rest of life, things do not work out as planned. Here’s a Greater Yellowleg (not a typo):

Greater Yellowlegs with a missing foot.

Sometimes half-a-rack’ll have to do:

Here are a few non-bird pics:

Finally, I love a good juxtaposition (don’t you?):

Non-monarch on Monarchs (it’s a Red Admiral, I think…)