You can read my report at the Blog of the Birding Club of Delaware County. But here’s a picture of this lost little lady:

Last night was magical…almost. It had everything…except….

At Citizens Bank Park in Philadelphia, the bronze statue honoring the beloved long-time Phillies broadcaster Harry Kalas was unveiled. We all had “high hopes,” as you could imagine. Our seats were in Section 116, row 1 – right behind the Phillies dugout. Ace Roy Halladay was on the mound. He had a good night, even a great night: 14 strikeouts, allowing only 1 run going into the ninth inning, with the Phils ahead by a run. He even had two hits himself, including his career first extra-base hit (double). High hopes!

But he did give up that run in the 2nd. And there was that balk in the 4th inning. Nothing’s perfect.

And then the top of the ninth. Let him pitch. Why not? Roy retired the previous 12 batters he faced. He hadn’t yet thrown 100 pitches. Why not? So he allows a single. Okay. He can work through it. Then another single. Bullpen? “He’s my ace,” says Charlie Manuel. Why not? He can work through it. Next batter: strikeout #14. Here we go. And then…and then…Lyle Overbay, recently released by the Pirates for, well, stinking, is having a very good night. And then it gets much better…for him. A double drives in two runs. Diamondbacks lead.

The Phillies get a chance in the bottom of the ninth. A lead off walk for Ruiz, who moves to 2nd on Martinez’s sacrifice. High hopes…? Then strikeout, strikeout. High hopes dashed.

But, then again: Harry K’s statue! Phillies alumni in attendance (esp. Lefty Carlton)! Great weather (after recent deluges)! Spectacular seats! The black bean burgers were surprisingly very tasty! New cap for me! Polanco bobble-heads! 14 strikeouts! Pitcher goes 2 for three with a double! Being with my wife and my brother and his wife! The night had everything!

And that it why baseball is just exactly like life. It is magical…almost. It has everything…except….

What I Did on My Summer Vacation

Didn’t you just love that essay assignment when you were in elementary school?! Anyway, at my age I spend most of my summer vacation digging my heels in trying to slow down summer vacation…and the rest of my life as well.

Among the things I did on my summer vacation was a little birding and some attempts at nature photography. Here is a reason to think this can be scary: 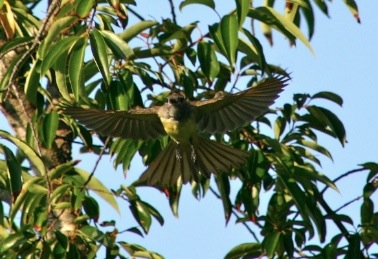