What about it? Are there “secular” reasons?

Posted by sirach39 in A Common Morality?, Philosophy, Res Publica on February 24, 2010

Stanley Fish comments on law professor Steven Smith’s book, The Disenchantment of Secular Discourse, in which Smith argues that there are no purely “secular” reasons for policy decisions.

It is not, Smith tells us, that secular reason can’t do the job (of identifying ultimate meanings and values) we need religion to do; it’s worse; secular reason can’t do its own self-assigned job — of describing the world in ways that allow us to move forward in our projects — without importing, but not acknowledging, the very perspectives it pushes away in disdain.

This “smuggling” of the religious was pointed out at a deep level in Stephen Mulhall’s Philosophical Myths of the Fall, which persuasively shows the repetitions of the theological idea of the fall of humankind in the supposedly secular thought of Heidegger, Nietzsche, and Wittgenstein. 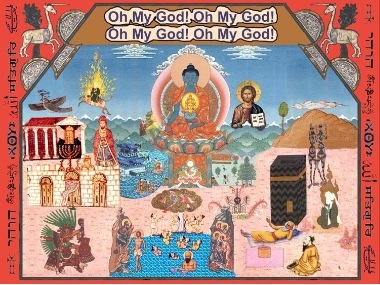 Philosopher Andrew Pessin gives us his solution (maybe) to religious intolerance. All religions and their holy books need a “preface.” Not just any old preface, but a very particular one. The preface to religious belief should run more or less as follows: Every word of this is true AND there may be some mistakes here. Pessin calls this the “Paradox of the Preface.”

It’s not a bad thing.

To believe of each and every sentence that it is true is to believe, in effect, that not one of the sentences is false; but to believe that there is at least one error in the work is to believe that at least one of the sentences is false, and thus to contradict the first belief.
And yet both beliefs can seem so plausible! Indeed—and here’s the key—even after we become aware of the implicit contradiction, both the contradictory beliefs remain quite appealing in their own right.

Every word he writes is true! I think….

In fact, we might boil down the “Paradox of the Preface” to just this: “I think….”

Tattoo this on yourself somewhere (I’m kidding, sort of…): 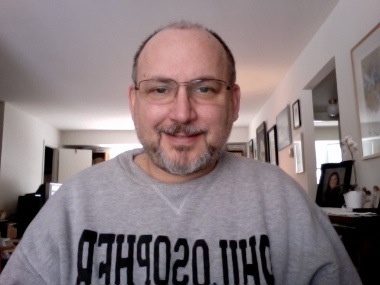 No silver bullet…we already know what we need to know.

Posted by sirach39 in A Common Morality?, Continuing Crisis, Philosophy on February 13, 2010

Everybody’s looking for new ideas.  We’re hoping for the next “big idea” that will save us all from calamity.  We face so many problems, there just has to be something new we need to learn in order to solve them.  Right?  Is that what we’re missing…novelty?

Over time I’ve come to believe that our quest for “new ideas” may not be that different from our quest for new cars, new clothes or new entertainment and distraction; just another manifestation of the short-sighted, immediate gratification attitude that created our current dilemma in the first place. It’s a capitalist approach to matters of the mind: That concept is so last season! Out with the old, in with the new! If we’ve encountered a concept before, it’s summarily dismissed as yesterday’s news, as though ideas have a use-by date.

The thing is, many good insights are never put to use, let alone used up. Over the course of history, countless excellent ideas and theories have simply never gotten any traction. Would it be so bad to actually try to put some of the old Enlightenment principles of liberté, égalité et fraternité into practice? Or what about the Marxist maxim of “from each according to his ability, to each according to his needs”? Or Kropotkin’s meditations on the possibilities of mutual aid?

This is reminiscent of Chesterton’s remark that it wasn’t, for instance, that Christianity had been tried and found wanting; it’s that it has never really been tried.  In his Orthodoxy he generalizes:

Man will sometimes act slowly upon new ideas;but he will only act swiftly upon old ideas.  If I am merely to float or fade or evolve, it may be towards something anarchic; but if I am to riot, it must be for something respectable.  This is the whole weakness of certain schools of progress and moral evolution. They suggest that there has been a slow movement towards morality, with an imperceptible ethical change in every year or at every instant. There is only one great disadvantage in this theory.  It talks of a slow movement towards justice; but it does not permit a swift movement. A man is not allowed to leap up and declare a certain state of things to be intrinsically intolerable.
>>>
I only say that whatever is justice ought, under given conditions, to be prompt justice.
>>>
Thus we may say that a permanent ideal is as necessary to the innovator as to the conservative; it is necessary whether we wish the king’s orders to be promptly executed or whether we only wish the king to be promptly executed.  The guillotine has many sins, but to do it justice there is nothing evolutionary about it. The favourite evolutionary argument finds its best answer in the axe.  The Evolutionist says, "Where do you draw the line?" the Revolutionist answers, "I draw it HERE:  exactly between your head and body."  There must at any given moment be an abstract right and wrong if any blow is to be struck; there must be something eternal if there is to be anything sudden.  Therefore for all intelligible human purposes, for altering things or for keeping things as they are, for founding a system for ever, as in China, or for altering it every month as in the early French Revolution, it is equally necessary that the vision should be a fixed vision. This is our first requirement.

The point is that we already know what we need to know.  We just have to have the will do follow our conscience and the courage that will take.

Searching for the will to blog….

Posted by sirach39 in Uncategorized on February 6, 2010

It’s been awhile.  The holidays were good.  The startup of classes for the spring semester was good.  My last checkup at the doctor’s was good.  Life is good (if I don’t consider anything whatsoever outside of my home, my neighborhood, or my classrooms).